Go to your troupe’s Facebook “Page”.
Wait. Your troupe doesn’t have a page?

Make them a page. Right now.

Good, your troupe now has a page.

Now, go to your troupe’s “Page” and click on the “About” tab.

If not all the members of your troupe are listed in this tab, WHAT THE HELL ARE YOU EVEN DOING WITH YOUR LIFE?

A producer who books improv and sketch troupes

I started putting together a little website for our summer Fringe tour to Montreal and Winnipeg.  Check it out and please come support our preview shows!

I’m a little behind in my blog-posting.  Probably because I started a new job, the whole waking up at 6:30am, driving an hour and a half to get to work by 8:30am in Richmond Hill, then driving BACK for an hour after work, not getting home til like 5:30-6pm, then going out & doing comedy or otherwise is shall we say, a little time consuming.

The JokeBox Comedy Lounge is a weekly comedy variety show put on by the wonderful Deanna Palazzo and James Dalzell.  (For more information about Jokebox, see my previous post: Say Goodbye to Your Case of the Mondays)  This past Monday, CODPIECE, my new sketch troupe, made its official debut. We were one member short, but all in all, I think it went over very well.  We received compliments on some of our sketches, and though the four of us are very busy employees of the Second City FOH staff,  I think we’ve got lots of potential. 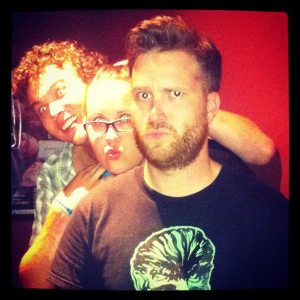 CODPIECE isn’t booked for another show until November, but in the meantime, we’ll be working on bringing you what you want most:  more creepy Chapters employees and Snuits.

There it is folks; shaking the President’s hand as I walk off with a brand-spankin’ new college diploma. The end of an era; an era filled with ups, downs, highs, lows, rape jokes and more uses of the c-word than I’d ever thought possible.  Yesterday, at the Toronto Congress Centre, along with a handful of my fellow colleagues, my parents & my man in attendance, I completed the final element of the Humber CollegeComedy: Writing & Performanceprogram.  And no.  That does not mean you get to stop reading my blog now.  Because as the title suggests, the end of my time at Humber is, just that; an end. An end to the daily classroom routine, an end to 9am stand-up & improv comedy classes, but I think most notably an end to one hell of a LOT of stressful social scenarios.

Phew.  Breath it in, readers.  Closure.

I had my first class today with instructor Brian G. Smith who, I’m told, is an excellent teacher.  (So far, this stands true. :P) My classmates come from all sorts of different walks of life; journalists, mothers, actors, tradespeople & they all seem super nice/fun/cool.  Many of them took Level B together last term, so they’re all very tight & familiar with one another, but they’re quite warm and welcoming, so you don’t get that sense of high school cliquerie.

It’s also the beginning of my life with an air conditioner. (Better grad gift than a frame, I’ll be the first to admit.)

Beginnings.  Lots of them.

I intend to take on these new beginnings with poise, dignity and of course, humility.  Oh hey?  Did I mention I got top of my class at Humber?  Yup.  Honours Award for Academic Excellence.  No big deal.  What? 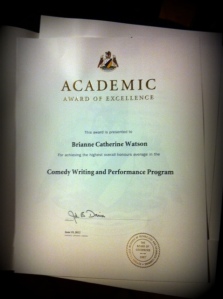 I’m sure you’re sitting on the edge of your seat right now just dying to know how the debut performance of Getting Even with Chesapeake turned out, so I won’t keep you in a state of suspense.

No, I won’t.  It went fine.  We didn’t move on in the competition, but it was fun to be performing sketch comedy again in a non-academically-obligatory kinda way.  It was also great to perform in an non-entirely Humber-based audience.  Helps to shed some objectivity on life in general, as a whole.

Buuuut that being said… congrats to troupes Sketch & The City, Jape and Parker & Seville for moving on to the next round of the contest!

I’m going to go back to Sketch Com-ageddon tonight to catch more of the action because I loooooove sketch comedy! (And because performers get a 4-free show pass.)

Good luck to all you bloodthirsty troupes!

Today is an exciting day.  This evening, I will be performing with my new sketch troupe for the very first time.  They are called Getting Even with Chesapeake and are composed of Ashley Moffatt, Paige McIntyre, Matt Surina & myself.  Ashley, Matt & I had been talking about working together for a long time and we brought Paige on board because she’s a great writer and she and I have been working together on Cat Chatz – so it all made sense!

Consequently, this will be my first time performing in a sketch troupe since the decomposition of LaughDraft earlier this year and the subsequent denial of my entry into the troupe that formed out of the dregs that was LaughDraft – so, I think it’s fair to say I’m pretty damn excited to get back into the swing of sketch comedy with this awesome group of people!  🙂

Getting Even with Chesapeake is making its debut, performing as part of the Toronto Sketch Comedy Festival’s Sketch Com-Ageddon competition with many other awesome troupes from around town as well as a lot of newbies.

It should be a fun time – so feel free to come check us out.    The sketch-dule is RIGHT HERE! 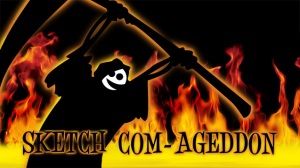 Why do I feel the sketch-troupe-picking process in Robin Duke’s sketch class this semester is going to feel an awful lot like picking teams for gym class in high school? 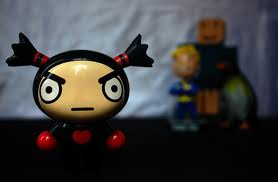