I think the main difference between my life with a full-time, 9-5 job and my life now is that I have more clean laundry now.

I’m not saying I was some filthy dirtbag at work or anything. Just that I remember doing laundry was always a scramble. And maybe it still is from time to time. And maybe you’re thinking: “Why is this so-called comedian talking about laundry?” Well, you do laundry, don’t you? We all do freakin’ laundry! It’s just nice to be able to get ready to go to an audition, or to go play softball, or to have a gig at night, and not have to fish out what I want to wear out of the dirty clothes basket, or the floor for that matter in all it’s wrinkly, deodorant-stained splendour.

Also, this is ultimately more about time than it is laundry. It’s nice to have the time to do basic human maintenance.

Sometimes, it’s these little things that stand out and need acknowledging.

What are some of the little things you do to help keep you feeling positive?

It seems like just yesterday I was sitting in the audience as the second years from last year gave it their all one last time before graduating and/or moving on to the Industry Show. I’m so excited to see everyone’s sketches, the remount of some people’s plays, but most of all — I am stoked to FINALLY see our parody videos we filmed all last semester ago! 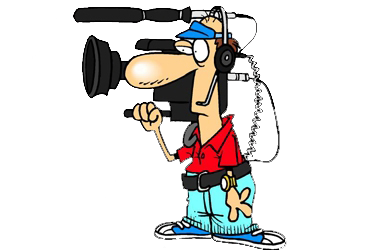 And, I’m excited to actually put on our show, obviously.  It really is going to be a good one.  We’ve really extracted some of the funniest written scenes, with some of the funniest characters from over the past two years for your viewing and laughing pleasure.  And everyone on the team gets a few opportunities to shine! (…)

It’s been a while since I’ve been able to perform sketch comedy, and as repetitive as I’ve been in saying it, I really miss doing it.  Paige & I also get to showcase some of our dance experience in this show – in two numbers.  So hey parents, all those 15 years of lessons are paying off. (Not literally.  I don’t get paid for this.  But maybe one day it’ll actually pay off.  In this case, it’s just paying off because I’ve been cast in two scenes because I can dance and sing simultaneously.)

Maybe I’m too tired to be posting today.  (Maybe that’s why everything’s in brackets.)

Maybe that five hour rehearsal for 10 minute’s worth of (terribly flawed) stage time really wiped me out.

Maybe it was working til midnight yesterday.

I need an oil change.

And to do laundry.