I guess there’s that moment when you realize, as a motorist, that you probably shouldn’t be on the road. Like, for me yesterday, it was about 6:30 pm on my way back from the FedEx depot because apparently my ROE is so important it can’t be sent by regular mail.  It came when I realized I felt dizzy with each push of the accelerator and as I stared out, without blinking at the road ahead and it seemed to widen and retract with every breath I took.

It was starting to feel a little like this: 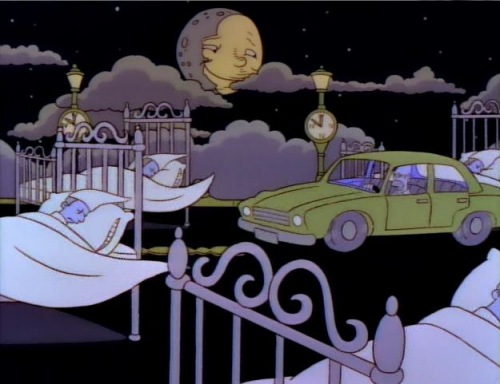 When my eyes start playing tricks on me, that’s normally a sign that I’ve gone to too much sketch comedy for one week.

I’ve been (trying) to see as many shows at the Toronto Sketch Comedy Festival (henceforth known as TOsketchfest) as possible because a) I’ve been deemed the social media coordinator for the event and b) sketch comedy in Toronto is great and the line-up this year is fantastic.  BUT, I just started a new job, and the process of doing both right now is seriously impeding my health and well-being.  And what I mean by that is, holy crap I’m sleepy!

During my FedEx excursion (FedExcursion) I fought with myself for a good long time about whether or not I check out more shows, or go home, take a nap and see what happens.  The nap won, except it sortof turned into a 2.5 hour snooze, a drowsy phone call, and a return to sleep the rest of the night away.

And when I woke up… I WAS STILL TIRED!

…so I can go out and see as many shows as possible until I pass out in the audience and have a member of some big-time sketch troupe (oxymoron?) staring at me disapprovingly after having been prodded awake by an audience-member disgruntled by my noisy snoring.

So far, the Festival has been fun, but I really wish I was currently more awake and alert so I could be blogging about how amazing Bruce McCulloch’s show was, or how it was dang nifty to meet Eugene Mirman… 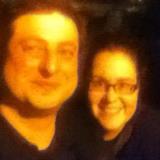 I swear I was going to my car and NOT following him, OK!?

…or how much of a blast it was to perform in Nerd Off, even though I’m not in a sketch troupe participating in the festival this year, but I have a buddy who likes to look out for me! (Thanks Erin!)

I’d love to rave about it!

But I’m so tired.

It’s been a nice, quiet Friday, brightened up by the fact that:

OK, back to point #2 (hehehehe, #2…) anybody excited about SketchFest should attend this event right here: 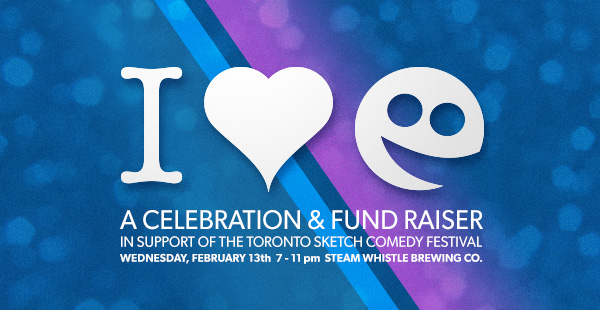 Drinks, fun and oysters – sounds like a party to me!

So, I’m an idiot sometimes.  Like the times when I shove my foot so far down my throat you can smell nail polish out of my butt.

I’m damn clumsy sometimes.  Like times at open mics when I trip over the mic wire and cause a tragic delay and enables me to say things that force my foot so far down my throat… get it?  It’s a vicious cycle.

All unfortunates aside, last night I performed at a Friday night stand-up show run by some awesome first year Humber students. 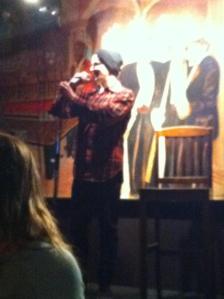 The atmosphere at room-launches is always great, in my experience.  (This is my second room-launch performance.)  Everyone’s so excited at the potential of getting something regular happening and performing with people they know/like/respect/find hilarious.

The show felt like just that, and on a Friday to boot!  It’s amazing to get the opportunity to perform on a Friday because most of the time, it’s hard to find a spot willing to accommodate amateur comedy on a Friday, the busiest drinking night of the week!  And amateur comedians and their friends are usually broke.  The economics just don’t fly.

Congrats to Cassiee, Troy, Ben & all the comics who made O’Grady’s kick off a great success!  Hope you let me back on next time! 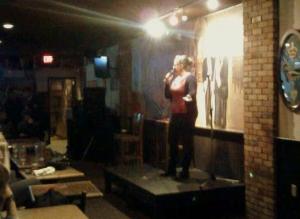 "I sent my brother to Bear Night."

Just a little update to inform you I’ve been added to the bill for this show tonight at Comedy Bar: 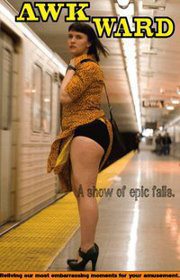 Show starts at 8pm.  For more information, click on the image above.

Come hear about my embarrassing life!