It was so fun to get to interview my friend Daphney Joseph on Nick and my recent Constant Struggle episode. She and I have had some great chats in the past when we were NOT being recorded, so I knew be very valuable to have her come and chat to us in a conversation we could share with the whole world! (Or mostly Canada and the US, to be honest. Some people in the UK too…one or two Australians as well.) 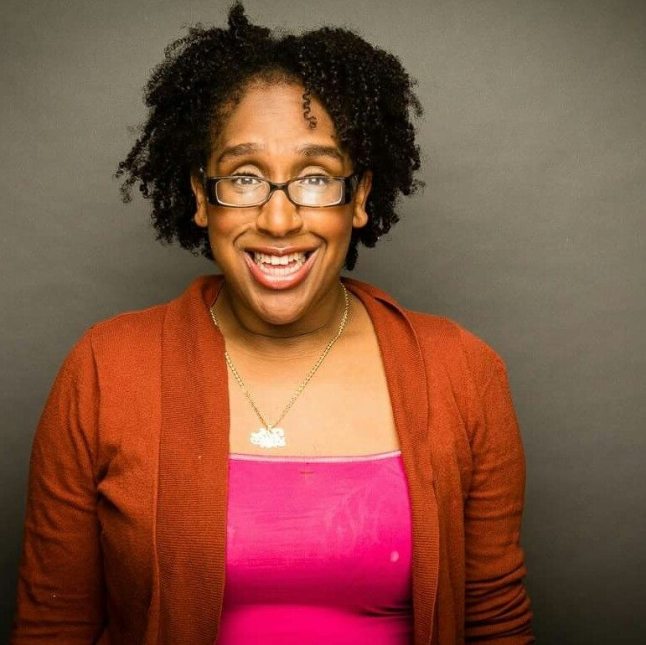 She and I are both French Canadian, but from two different francophone communities. Montreal and Welland are pretty much worlds apart in terms of French culture, but somehow the language has the ability to bring people together in this country.  So much so that we’re now both playing LNI-style improv with Les Improbables, the popular French-language improv group in Toronto. This style of improv is the first kind of improv either of us learned, since both of us went to French language schools growing up, and this is pretty well the most popular form of improv among French-speakers worldwide.

Check out what Daphney has to say about francophonie and SO much more in our latest episode of The Constant Struggle. 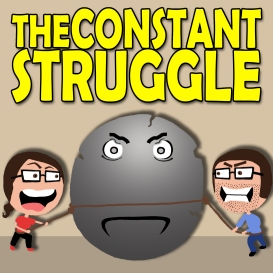 Ever notice how new beginnings always surface in September, even though you’re not going back to school? What the heck is up with that?

Maybe it’s because my recent trip out East had a very “wrap-up the Summer” sortof feel to it. And I actually didn’t get much of a summer because I was working pretty much constantly throughout the PanAm Games. So it was nice to get a little summer/end of August break and do a little travelling… and then do 10-days straight worth of performance. (Not really, there was one day where I didn’t perform, but I did 2 shows on another day, so it totally makes up for it.) It was nice to be a tourist and to visit a part of the country I’d never seen before. I got to check off two Canadian provinces I hadn’t yet been to. I’ve now got the ENTIRE East Coast checked off! #PointsMe #GottaCatchEmAll

But then immediately upon my return it was like BOOM: Here’s the shit you put aside the past few weeks galavanting amongst the “friendlies.”  (what I have decided to nickname people from the East Coast.)

All of a sudden I was like: “Oh crap! My contract with CBC Sports is up! I’m unemployed!” Luckily, HR’s wheels were in motion while I was away and have secured me a new position amongst the Corporation’s Communications, Marketing, Brand & Research Department. (Seriously, who wants to talk about how much they hate the unions, because I will kick you in the face to defend mine.)

Show-producer-wise, Exit, Pursued by a Bear came back after a successful Fringe run, with great reviews and lovely audiences to our monthly show at SoCap with TWO paying customers. (I love you Dave & Alanna) and one drunk dude who just kinda walked in and out of the show at his leisure. I don’t want this to sound complain-y. It’s just sortof a matter-of-fact consequence, but now we’re forced to rethink our show. Whether to and where to keep doing it, if we indeed want to keep doing it. It looks like we do. Personally, I get a lot of enjoyment out of being able to perform alongside some of my favourite the troupes and people in the city looking for stage time. And it allows Gill to play together as well, because over the past year of playing together, and certainly after 10 days in a row playing together, I like to think we’ve become a pretty dang good duo. (Now, if our duo could get into a couple improv festivals to showcase it, that would be great.)  <– THAT, was complaining.  (Note the distinction.) 😛

I just auditioned for Toronto’s French improv league: “Les Improbables.” If I make it into that, there go all my Tuesday evenings, which would require adjustments to shows I run and play in, namely “The Drill” at the Second City Training Centre, but also other great shows that take place on Tuesdays at that venue. That’s a big decision to make.

I need to make time to write a potential one-woman show. I want to work on my stand-up. I might apply to teach improv to seniors. It’s GWCI?’s birthday and I need to learn to bake a cake. I want to write my original pilot. I need to write more specs… and on and on and on with the things I still want to accomplish this year.

At least I AM sure about one thing. I am NOT going back to school! (Although, I could use a bit a bit of those deadlines and discipline.)  There should be an app that’ll make me feel horrible if I hand some life project in late. Get to work, nerds!

It’s been longer than I would have liked it to have been between blog posts, but there was a good period there were my sole energy was spent on trying to stay awake, and thus blogging became less of a priority.  I have a new bed now, so that seems to have helped the situation, for now.

Also, I just read something that really inspired me to keep writing my little CCCs.   So back on the saddle again I go.

Today I am beginning the first day of my 4th Second City Conservatory course.  This is, for those of you who are not aware, when we begin to write what will eventually become our own little Second City-style revue.  We’re down two (and nearly 3 for a while there) people from when we began the process in January.  (Was it January?  Let me go back and check…yup January.)  We’re starting fresh with a new teacher (this guy)  and we were just asked to read this incredible blog about creating a Second City show from the perspective of a former Main Stage director in Chicago.  I was glad to have had the opportunity to have worked at the Second City as a host, specifically because I was able to witness this process first hand. (Not through the eyes of a director, however – Melody didn’t think the surgery would be particularly beneficial on her end…)  However,  I got to see what it was like for one show to slowly absorb new material and evolve into what would become the next revue.  I saw it and I wanted so badly to be a part of it.   And here we are in Con 4, a taste of what it would be if we were performers on the Main Stage. 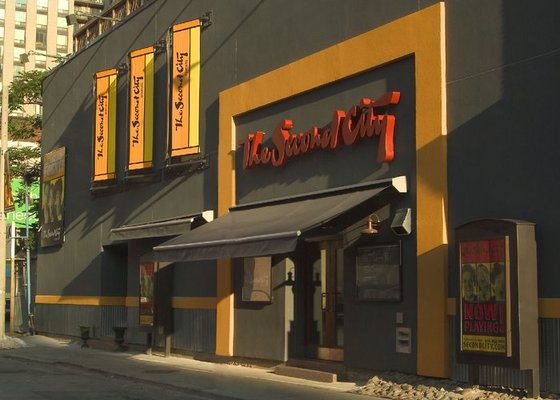 I look forward to documenting (more closely hopefully) the process from here until our big sexy Conservatory 6 production.

Simultaneously, I am working at CBC still.

Simultaneously, I just moved to the suburbs.

Simultaneously, I continue to contribute my help, where possible, to the Canadian Comedy Awards Communications Committee.

Simultaneously, I try maintaining a relationship with a bear.

Simultaneously, I am working with my Water Wings partner on bringing the show a bit more up to snuff to take to Winnipeg, where hopefully we will get a bit more support from the community in terms of seeing our little comedy show and enjoying it.  We met a few days ago to discuss some modifications to the scripts, an edit here, an added dance here.  Things we can do to tweek the show and to make it better.  Not, because we didn’t think it was good before, but because these things are in a constant state of evolution.  What worked in Montreal may not work in Winnipeg.   What worked in Toronto didn’t work all the time in Montreal.  Adjustments, tweeks and rehearsals are critical within the next few days in order to ensure the show is superb by the time we bring it to Winnipeg. I had my first over-the-phone interview in French, by the way.  That was pretty excitant!  (But not in the France French way.)

I leave for Winnipeg in a week.  Holy crap.

I’ll have to miss two Con 4 classes for this.

And use up all my CBC vacation time.

But this isn’t complaining.  This is what has to be done.