For as much negative press Facebook, other social media and the Internet in general lately have been getting about “well, we’re basically spying on you”-type problems, as a budding comic, there really is no better tool to help keep your finger on the pulse of what’s going on around town.

For example, the other day, a fellow-comic and the first person who ever paid me to do a set, posted an event on Facebook that caught my eye: Goodmans Presents: Women in Comedy a panel discussion presented by the not-for-profit organization for women in screen-based media; WIFT.

Should I have taken photos of the panelists as well as the coolness of the NFB build-your-own-igloo display? Yes.  Did I?  No.  I’m dumb.  Maybe it was the complimentary wine, or the excitement of meeting female writers and filmmakers living out their dreams as artists and encouraging me to do the same, but for some reason, photography was not a priority.

Here’s what I think about some of the topics the panelists covered and how they are relevant on my end of the spectrum (starting out) all the way through to those who’ve made their living from it.  Like her:

The drop-off rate of women in comedy is huge.  This was attributed to many factors identified in the panel – but mainly, other things getting in the way.  Some of the gals discussed such life events as marriage and having kids.  It seems fairly evident that if you’re a woman who wants to settle down and have a family, the life of a stand-up comedian, performing nightly in dingy bars, and eventually working your way up to touring the country and even the globe, doesn’t seem all that conducive to typical parenthood.

I feel there are probably some lady comics who quit because they feel they do not have a place within the thousands of rape, abortion and baby killing jokes you have to sit-through as an amateur.

The high-testosterone-charged environment also makes it tough as a lady, because you might have to deal with some not-so-well adjusted men behaving in such a way, speaking in such a way as to make things rather uncomfortable.  *CERTAINLY NOT ALL male comedians are like this. Most aren’t!  But the few who do tend to stand out and can make an environment rather uncomfortable for someone who just wants to get up and get some stage-time, not be propositioned, or judged according to looks, breast size, waist size, length of legs, length of skirt…you catch my drift. Hell, sometimes it only takes one creepster!

I guess what I’m trying to say in old fashiony terms is that these environments are sometimes (*insert old British man voice*) “No place for a young lady!”  But listen, we want to be there, so make room and stop fucking around, guys.  We’ve got shit to say too! 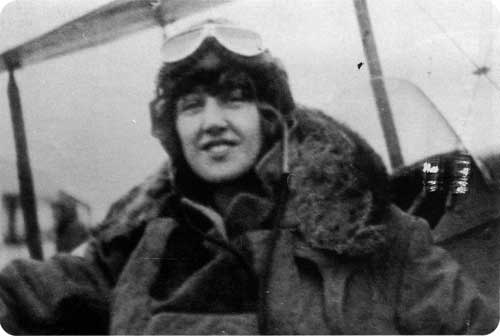 The panelists touched on this a little when we discussed the success of Tina Fey and Melissa McMcCarthy.  Both very successful ladies owning the scene right now for their work on TV and film.  I won’t go into much detail about these women or the other famous and successful women the panelists identified as their “comedy idols” because everyone knows about how most of these people got to where they are as most of them have written, or are in the process of writing, bestselling autobiographies on the subject. So you can just read those, ok?

Another way to look at it, and one of the panelists did, is that there is often an unintentional exclusion among male and female comics because say, some men might not feel comfortable writing for women and vice versa.  Men want to talk about what they know: guy stuff and same with girls.  But there are a lot of girls out there who want to write both for men and women and basically cover the whole human condition.  It becomes difficult to navigate when these boundaries exist, especially when people aren’t aware they’re putting them up.

Sometimes women do it to each other too.  “Well, I cover the woman-quota for this troupe, so no more chicks allowed, k guys?” Girls are awesome at treating each other terribly out of whatever; competitiveness, jealousy, territoriality, you name it!  This is something I’ve studied in sociological setting, but women are often terrible to each other; worse to each other than they are with men, hands down.  It’s awful.  In a perfect world, we’d all work together and everything would be peachy, but as it stands: “Kim’s a total slut, and rumour has it she fucked Sally’s ex, so you probably don’t want to put her on tonight’s bill, do you? I’m manipulative!”

There was a strong overall sentiment of “Do it yourself and for yourself” among the panelists, stating that in this business, women must “work twice as hard and complain half as much”

*JUST TO CLARIFY, RE: The amount of complaining in this blog… just ignore it guys, OK?   Can I get a job now?*

Here are a list of several tips to this regard I thought will be helpful for the budding lady comic:

Thanks to Sarah Hillier, Sharilyn Johnson, Catherine McCormick, Erin Rodgers and moderator Jocelyn Geddie for a truly inspirational evening. And to all the other wonderful and talented women I had the pleasure of meeting that evening.