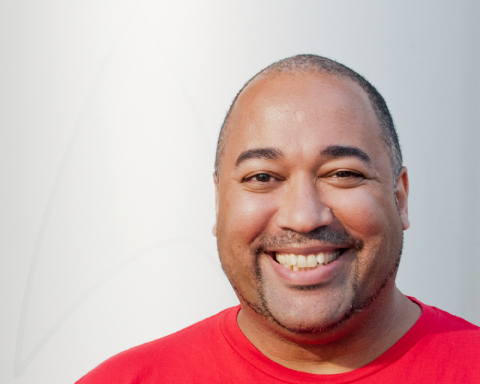 I did it! I performed AND participated in this year’s Big City Improv Festival! Huzzah. My first time performing in the festival! Youpidyday!

My own. My precious. (Also, that’s not my thumb)

My first performance in #BCIF2015 were interesting an unexpected. Such, I suppose, is the nature of the art we practice. I was asked by my former teacher Robin Duke to perform in a show with other Humber alumni. I said yes, because Robin Duke. It was a while before I realized this show was actually part of #BCIF. It seems that because Humber is a sponsor, this is the show they contributed to the fest. And I got to be part of it. Yay.

In all honesty, I really didn’t know how to feel about it. I remember improv not to be one of the main focuses of the Humber comedy program. In fact, here’s what I remember about improv class at Humber:

The students interested in performing stand-up seemed to outweigh those interested in improv in number and in willingness-to-give-it-a-try-ingness. All I’m saying is, it’s hard for someone who’s hiding behind a microphone to completely throw themselves into improv; it’s a art that requires a lot of letting go. I think one thing that makes stand-up do their thing, is an inability to let go; and also, in fact, a desire to to instead repeat the thing most people would let go over and over again in exchange for the laughter of strangers. Don’t get me wrong, I love that laughter, but I think I like spontaneity and discovery a wee bit more.

That being said, I was incredibly pleased and delighted to find out that improv at Humber is stronger than ever. Our show featured short form games. The performers were quick, they played fun characters and they were SMART. I got to play a super fun scene with the wonderful Ashley Comeau who was generous enough to give me a gift that allowed me to have SO MUCH FUN. All she had to say was “you looooooooove her” to cool guy Malik Powell and the game was afoot.

Following that set, I ran over to a friend’s house for, get this: her birthday, pizza, carrot cake, the Blue Jays victory, a tasty butter tart & a Liberal majority in Parliament. I excused myself and ran down to Bad Dog where I had my SECOND EVER SHOW in BCIF. Two shows in one night! I waited years for one show, period. This is like a woman who can’t get pregnant, so she overdoses on fertility meds and ends up getting quints…OR so is my understanding of reproductive medications.

So, an 11pm BCIF edition of Improv Game Show was show #2. On a Monday. The same day the Blue Jays were playing. And everyone was watching a pretty historic election. And despite all of this, the show was great! The energy was fantastic. Oliver Georgiou hosted and rocked the night! Our tech Scott, who I just met for the first time that night was freaking hilarious. ALL the improvisers were GREAT and the games were so much fun. We play this game all the time, and yet this edition felt particularly special.

The following day, my 1950s-inspired babefest Fifty Shades of 50 performed a magical set in the cabaret space. It was pretty wacky, there was a lot of talk about fart-smells, and we mentioned a character named “Little Noah No-Arms”. So…you know… improv gold! I love this format & performing with these women so much.

Here’s a shot my camera took of us mid-action:

There were many other performers and performances at this year’s festival filled with hilarity and greatness. But that’s not what this post is about. This is a different post.

In this post, I did it! I performed AND participated in this year’s Big City Improv Festival! Huzzah. My first time performing in the festival! Youpidyday!

Yesterday was a great day. And I’m not just talking about: 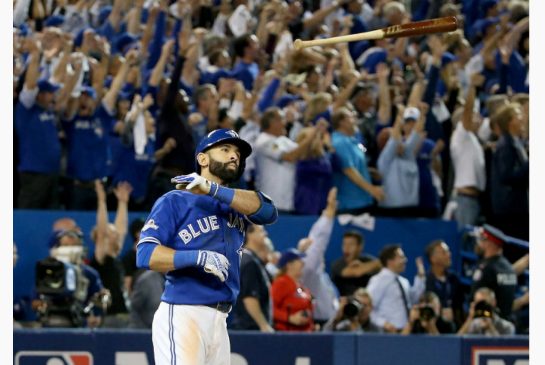 But it certainly did help.

There was already so much excitement in the air because of the Blue Jays that it filled the city’s air with something vaguely magiacal.

I was a little bummed out because I wasn’t going to catch most of the game because I had a dentist appointment, but the dental hygienist had Yahoo! Sports tracking the score throughout my appointment and frequent radio hits between pop hits kept me updated regularly.

After the appointment, I met with a friend. We’d scheduled to meet to discuss an upcoming project that will certainly be very fun and for a great cause. We sat at a bakery on Bloor, where sure enough, the game was on. And, despite my pal’s obvious lack of interest in baseball, she was kind enough not to shit on me the couple times my eyes drifted to the screen. The meeting wrapped shortly after the bizarre incident with Martin’s attempt to return the ball to the pitcher’s mound, and the debate over the call frustrated me. I decided to leave the bakery and not watch the rest of the game, because if the Rangers were going to win on such a stupid call, then fuck them. That’d just be a crap way to go.

Except that how could I not watch the rest of the game? I walked by Comedy Bar where I knew people would be tuned in. I caught all of the 7th inning madness before I had to head out for a show.

I took the subway over to the Social Capital theatre, where I managed to catch the last inning of the game and the Blue Jays’ ultimate victory! WOoooooooooohoooooooooooooo! And what better way to celebrate, than to perform a super duper fun set at Improv League Toronto (that had nothing to do with baseball). What a cool show. You get to watch some awesome up-and-coming longform troupes doing their best, fun thang and you get to do the same. It’s friendly competition, and ultimately, I don’t know what happens at the end of the league, but what I do know is that we’ve had some fun sets so far in the league. At least, the ones I’ve been able to attend anyway. (I was in Halifax and I missed a couple.) I really love performing with this troupe. There’s something super fun about incorporating this particular era into our improv. And next week we get to do nearly a half hour set for BCIF! It’s going to be SO FUN!

After the set, I ran BACK over to Comedy Bar for another longform show I’d been asked to guest called Personal Space Invaders. What a fun show. Again, watching up-and-coming troupes find their stride. A bunch of different levels of experience and expertise, and I had the pleasure of performing a set with some dudes I’ve rarely (if ever) played with, and it was a LOT of fun!

Maybe there was a light-heartedness to the air on account of the fact I was so stressed during the game, but I felt good about my performances, and I just enjoyed them so much. I understand that’s an important part of the process, but I felt it so much yesterday and was so grateful about it.

I could barely sleep last night I was so dang excited about the past day. Every once in a while you need one of those. Even if you feel like a rotten sack of shit waking up the next morning.