Last year, after one of the Personal Space Invaders shows at Comedy Bar, I was having a post-show chat with some improvisers and we were joined by Tony Rosato. I complimented him on how funny and great he was that night and he did the same back to me. (He really didn’t need to, he’s Tony freakin’ Rosato.)

We kept chatting and the conversation shifted to sketch comedy. He told me he really missed performing sketch, and that its definitely something he’d like to get back into.

I had just gotten back into sketch (or rather, had finally found someone patient enough to work with me); so I was feeling enthusiastic about the art form. So I blurted out, as I often do when I’m feeling invincible and as though time is unlimited, that we should do some sketch together.

Tony sounded very enthusiastic about it. (Or at least as enthusiastic as his style could muster – he was a pretty calm dude) But he smiled.

I’d asked him why he stopped performing sketch after SCTV and SNL and he spoke very openly about the mental health struggles he’d had in the past.

But he was feeling like he was ready to get back into it if and when the opportunity had shown itself.

Well here it was. Opportunity.

The thing about making plans in comedy is that we often do that thing where we say “yeah, we should totally work together some day.” Sometimes we mean it. Sometimes we don’t. Sometimes we mean it and we realistically don’t know how we’re ever going to make it happen, even if both parties are willing due to time restraints or other commitments. Sometimes we figure we’ll get around to it eventually, once life settles down a bit.

But then, sometimes you lose the chance to ever get around to it.

We really don’t have much time here together. I want to stop putting off the things I want to achieve that can begin TODAY.

I don’t want to miss another opportunity to work with genius.

I’m sorry I never got to write, even just a single sketch, with my friend Tony. 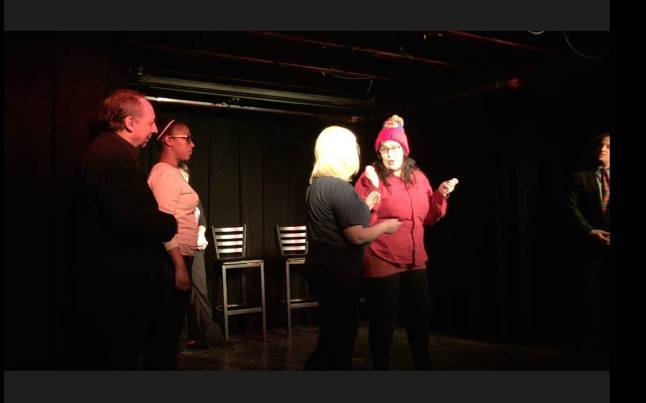 OK so I’m clearly not doing a scene with Tony in this photo, but it brings me huge joy to see he’s semi-smiling at whatever the hell I was doing at the time it was taken.