What fun it is to commiserate over the fact that we’ve decided having babies is not the priority in our lives.

Instead, we can be 27 and go out ’til 3 a.m. rocking out as a man dressed as Santa Claus fake-urinates on a crowd before ripping apart an adorable plush elephant with a chainsaw and shooting off fireworks.

I’m not saying it’s not a noble thing to want to bring new life to the world. 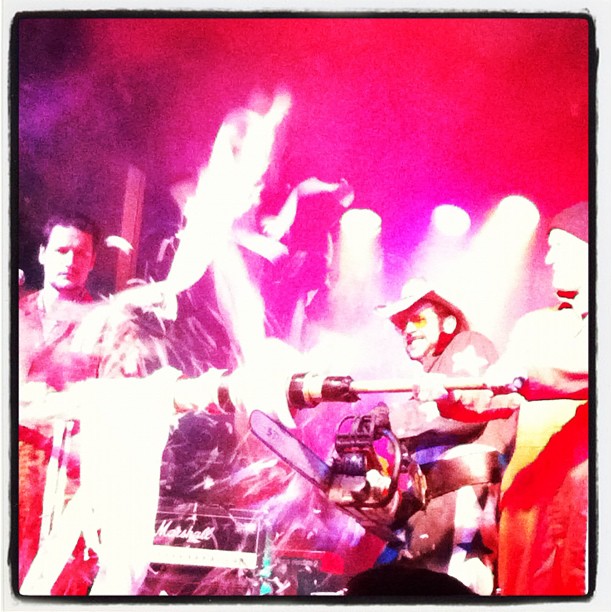